In today’s world immigrants are viewed poorly. They have almost been villainized in America. The President of our country as well as many right wing politicians seem to view immigrants as fundamentally below them in class. In fact almost all of us have ancestors that are immigrants, the standards set for how to become a citizen were just different then. 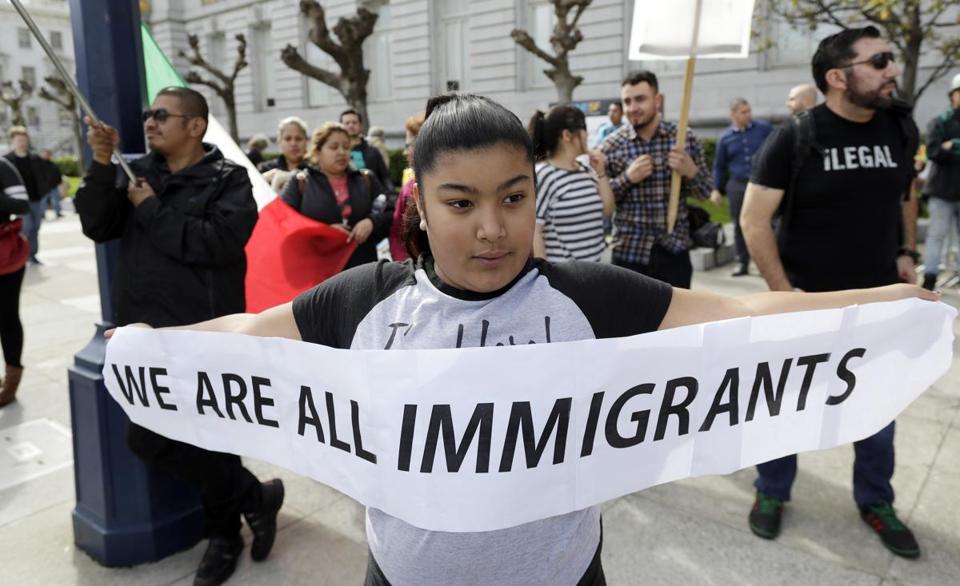 Immigrants often get the short straw in today’s society as they are sometimes viewed as people that steal american jobs. This may be true sometimes as they are paid below minimum wage giving business owners incentive to hire them as it would be cheaper. But they aren’t coming here with the intent of stealing jobs.

A comparison could be made between immigrants and the Tutsi people in the movie Hotel Rwanda. This comparison could be drawn as some Americans in our country want the immigrants kicked out, just like the Tutsi people being kicked out of Rwanda. The main difference is that the Hutu people actually started a genocide to get ride of the Tutsis by killing them.

You could also compare immigrants in America to Lennie from of mice and men and the way he is looked down upon because of his disability. Being an immigrant isn’t a disability but it is similar in that you are born in a different country that may not have the same benefits of America, like how Lennie was born with a disability. Trying to immigrate, sometimes illegally is just their way of trying to make their life better, just like Lennie trying to find jobs and work them so he can support himself.

The last comparison I will show you is immigrants compared to the UN’s peacekeepers in Hotel Rwanda. The comparison I made between them is that they are both coming to a country to better a situation but are met with hate. In Hotel Rwanda the peacekeepers are hated by the Hutu army and in real life immigrants are hated by certain political groups. Immigrants are just coming to better their life and should not be looked down upon. They are people just like us, and I believe that a system should be set in place to make illegal immigrants citizens. Also the actions of a few illegal immigrants that have broken laws put a tarnish on them as whole which isn’t ok. So I challenge you to strive to be a better person and not judge groups by the actions of a few.